Memories of considering the Commodore Amiga 500...

International Amiga Day is approaching us so just wanted to share some of my memories of the exciting time of upgrading our family computer.  Comment here or get involved on twitter: @rich_lloyd 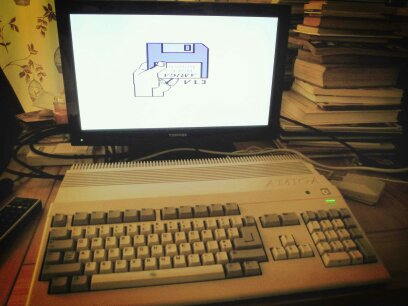 We had always been a ZX Spectrum household.  First it was the rubber keys, then the +2.  Long loading times and 16 colours was the norm. A lot of my friends had speccys, so sharing games was frequent, the world of the ZX Spectrum was more than enough. Even the BBC Micro was exciting, mainly exposed to at school this tank like machine was great!

After joining secondary school there was a shake up in my world of computers. The Acorn Archimedes!  This was a machine from the future...


...this era of computing was about to change.  If you'd asked me right there if I wanted an Archimedes I would have said YES... but where are the games?  This amazing machine had the stigma of being an educational beast, not really your full all round home entertainment machine.

The Amiga 500 has entered the building

It was now becoming clear that the well loved ZX Spectrum was starting to fall behind and a new machine was about to replace it.  I remember very clearly going in to Dixons, Salisbury with my Dad to inspect the latest home computers and there it was the Amiga 500.  We asked for a demo of what the machine could do, and I will never forget what we experienced.

Shadow of the Beast 2

First up was Shadow of the Beast 2.  After seeing the most amazing animation intro to any game of my life, the title screen appeared with the most beautiful music and stunning visuals.  We were instantly sold.  To this day the music is still stuck in my head. 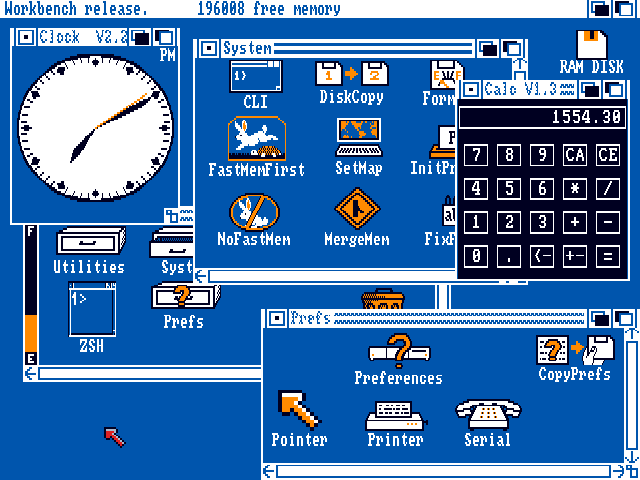 We were then shown the power of a multitasking computer when booting up the Amiga Workbench.  A clock in one window, some classical music being played in another.  There was also the power of desktop publishing (DTP), something we massively take for granted.  Produce documents which could be printed in your own home.  I could see this was ticking all of my Dad's boxes. 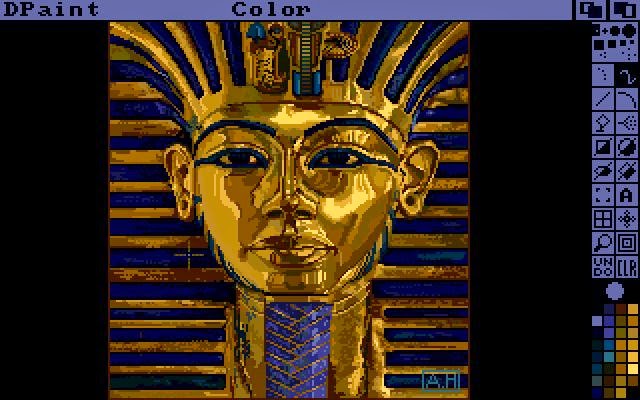 Not to forget Deluxe Paint, Photoshop of it's day, this powerful art program was ground breaking.

The novelty of using a mouse was extremely exciting, a completely new way to interact with a computer.  The concept of Drawers (Folders) and Windows of icons was just pure wizardry.  Using the mouse for games was also a crazy thing, it wasn't a joystick!

I remember touching the keys was a joy, how they felt on the finger tips, solid.  This was a REAL keyboard it had Function keys and Amiga keys, WOW.

So it ticked all the boxes, games + art programs for me, desktop publishing + spreadsheets for my Dad. Everyone's a winner!

But before we handed over all our money we visited a friend with an Amiga just to double check it was all it was cracked up to be.  The main demo I remember is...


Again, seeing a full on animation on a home computer was mind blowing.  Watching a 'cartoon' on a computer and not a TV.

The Amiga 500 really was something special.  The quality of sound and visuals really were something new and exciting to experience.  The general feeling of power was felt every time you inserted a new disk for the first time.  When playing a game you never new what it was going to be like, but you knew it would be engaging.  You'd always be reassuringly hugged by the Amiga, no matter what.